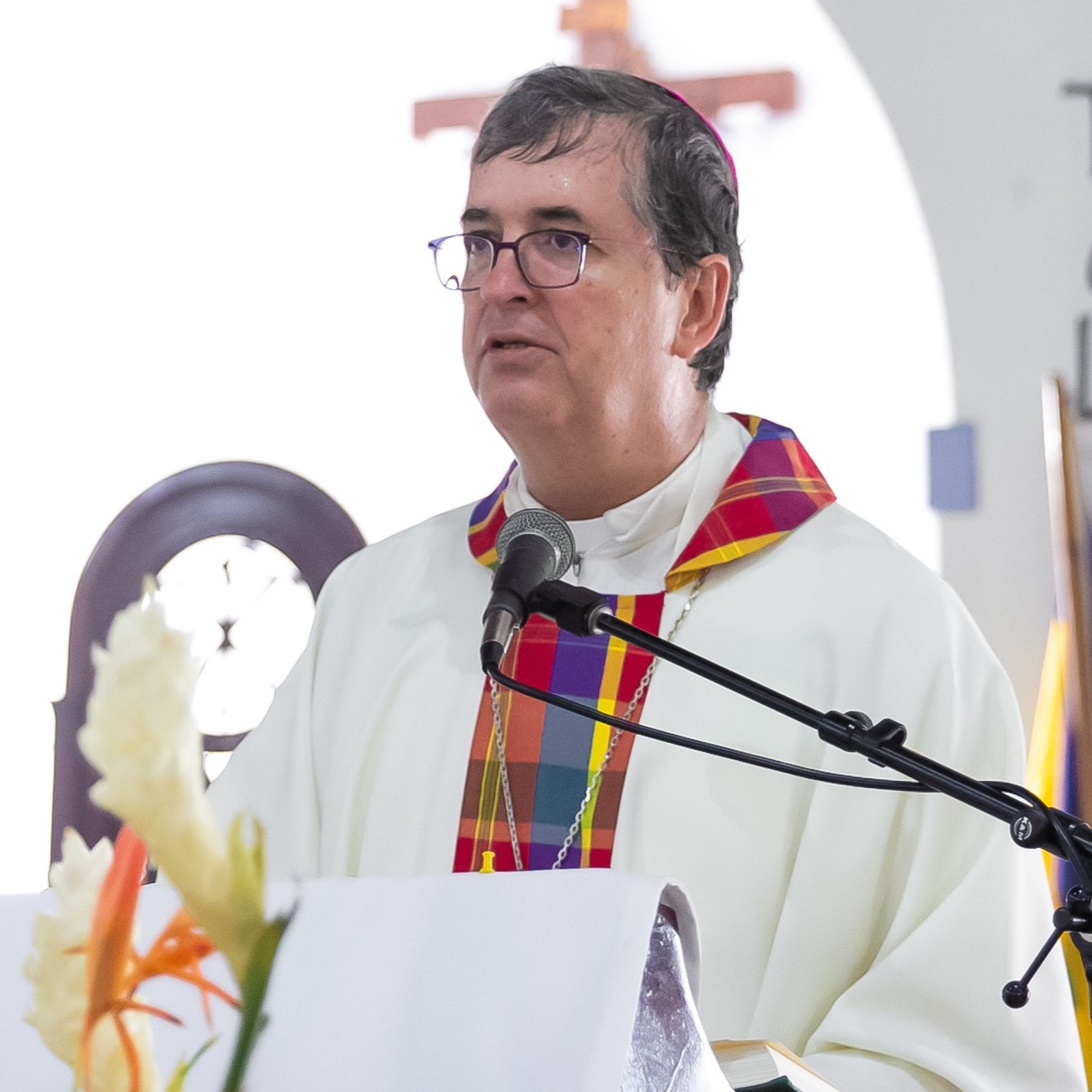 The Catholic community gathered at the Cathedral of the Assumption on Sunday, November 20 2022, in celebration of Holy Mass in which Apostolic Nuncio, Archbishop Santiago De Wit Guzman, newly appointed by Pope Francis, was introduced to parishioners here.

Archbishop De Wit will also serve as apostolic delegate in the jurisdiction of the Antilles Episcopal Conference which groups the Lesser and Greater Caribbean Antilles and Belize, Guyana and Suriname on the mainland.

He was born in Valencia, Spain, and was ordained a priest in Valencia on May 27, 1989. He has completed exemplary service in a number of positions in several countries across the world.

Upon his arrival to St. Vincent and the Grenadines, Archbishop De Wit presented his credentials to Governor General, HE. Dame Susan Dougan and paid courtesy visits to other government ministers and officials.

He was also taken on familiarization visits to Catholic churches/missions across mainland St. Vincent and to Catholic institutions.

Following on these, he presented himself as the Papal Legate to the Church here in St. Vincent and the Grenadines at the Holy Mass as referenced earlier.

The archbishop served as Chief Celebrant and ‘People of God’ were able to receive first-hand experience of the person who was the Papal Legate or the Pope’s representative to the churches here.

The local Catholic community, like others in the region for whom the Apostolic Nuncio holds responsibility falls, is expected to remain in communication with him throughout his tenure.

The Nunciature [Papal Diplomatic Mission] deals with issues from churches within its jurisdiction, facilitating communication and speedier results for proposed projects.

The Archbishop visit to churches and other sites which offered insight into the reality of things on the ground, makes matters easier to process, he having “seen for himself”.

To round off the Sunday afternoon’s activities, the Pope’s representative was treated to an interlude of Vincentian culture through performances by parish choirs, at the St. Joseph’s Convent Kingstown.